While Nevada does legalize possession of small amounts of marijuana, the state still implements strict laws on possession and distribution of controlled substances.

Richard P. Davies, Esq. has been defending clients in the criminal justice system for nearly 20 years. In drug defense cases, your lawyer’s experience could make the difference between a conviction and a dismissal, or at least a reduction of charges. Attorney Davies leads a team of energetic attorneys prepared to work together on your misdemeanor or felony drug charge in Reno, Sparks, and Northern Nevada.

Note that it is legal for adults older than 21 to possess 1 ounce or less of marijuana in their home.

Those with Nevada medical marijuana cards may possess 2.5 ounces of marijuana while at home.

Bringing the substance out of the home is strictly illegal.

NRS 453.336 makes it illegal for a person to possess narcotics for personal use while knowingly having physical control over the drugs, a crime referred to as simple possession.

There are several types of simple possessions. Here are a few examples:

Actual — physically carrying the drugs in your pocket

Constructive — storing the drugs in your car

Joint — among a group of friends sharing the drugs

Penalties for Illegal Possession of Marijuana

Possession of illegal amounts of marijuana carries its own penalties, depending on whether the person possess more than the legal amount of 1 ounce or if they possess less than 1 ounce but take it out in public. Possession of more than 1 ounce is punishable according to the same sentencing range for Schedule I drugs listed further down.

Schedule I or II (including marijuana)

If you have been accused of a drug-related crime, whether for illegal possession or for distributing controlled substances, reach out to an experienced defense attorney immediately for legal support.

The consequences of a drug crime can be severe, especially as the penalties include years in jail and thousands in fines. Richard P. Davies, Esq. can take a detailed look at your situation and determine how to best challenge your drug accusation, whether you have been charged with a misdemeanor or a felony. 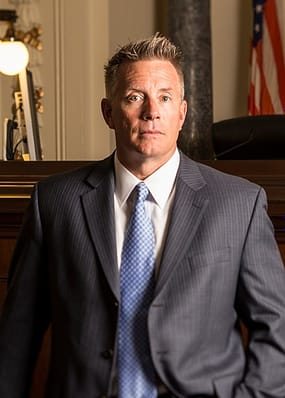